This a new series called ‘Bag Versus’ where we evaluate similar bags and determine what’s a better buy over another bag pitting them against each other.  This series will begin by evaluating the Saint Laurent Monogramme series with the classic ‘YSL’ logo that has been created in a number of styles.  Two styles that are similar but different include the latest ‘Saint Laurent Monogramme Shopper Tote‘ and the ‘Saint Laurent Monogramme Shoulder Bag’.
At a glance these two bags appear very similar. Both have the same strap, they have the same price point (about $2,550 USD) and the also have similar boxy shapes.
So if you had to choose, which one is better? Here’s a run down of pros and cons of each. 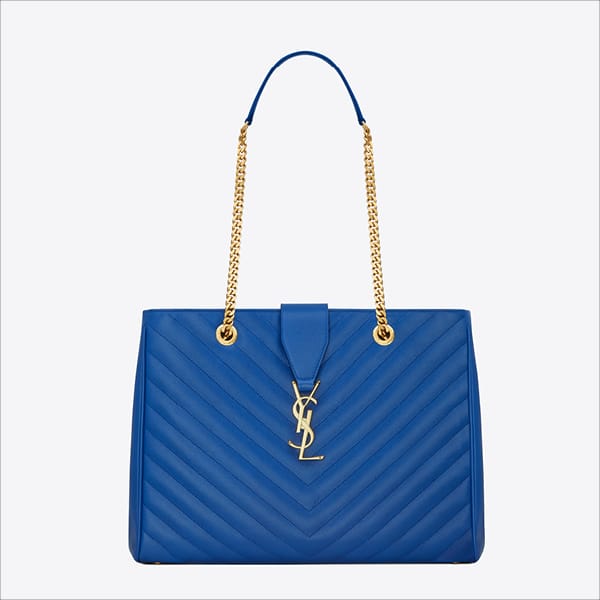 Pros
It features a convenient centre zippered enclosures, similar to that of the GST. However, at $2,550 USD it’s just $350 lower than the Classic Chanel GST which is priced at $2,900 USD.  This Shopper Tote features a top tab closure the securely fastens closed on the front of the flap. It measures about 13.75″ across making it a good everyday city bag with an interior depth of 4.5″.
Cons
The simple certain tab doesn’t exactly ensure that items can’t fall out of your bag. Imagine tipping the bag over, most likely small items like wallets and cell-phones that are not kept securely in the center zip could fall out. 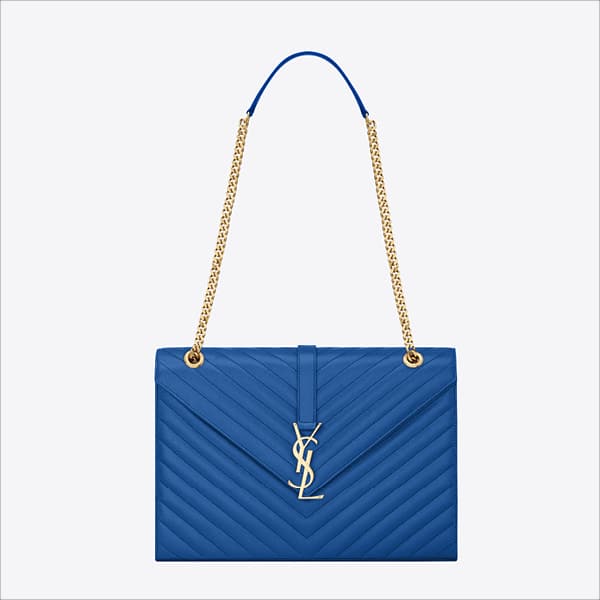 Pros
The Saint Laurent Monogramme Shoulder bag features a large ‘YSL’ logo on the front, which can be a positive item. The tab could also be a negative item for those that want a more subdued and less flashy 80’s look.  The bag measures at around 12.25″ which is just one inch shy of the shopper tote, which makes it a lighter bag and smaller in stature.  This bag could also be transferred to a clutch since the bag has a narrow depth at only 3 inches, which makes the bag more versatile than the shopper.
The shoulder bag fastenes securely in the front, and the flap will prevent your items from falling out of it easily.
Cons
The interior of the Shoulder bag is pretty minimal. There is one large opening and a pretty narrow interior pocket. There isn’t too much in terms of interior organization, unlike the shopper tote, which has more compartments. However, the interior depth of three inches does allow you to view the contents fairly well, so there would be limited instances of rummaging the interior of your purse.
Conclusion
As with any purchase, it really depends on what you already have in your current arsenal. However, the Monogramme Shoulder bag is probably the best choice of the two since it can serve dual purposes, as an every day city bag and an evening bag.