Introducing the guide to the Celine Flap Box bag. The box flap bag features a unique push tab closure, which reveals the “Celine” logo imprinted on the interior tab. It includes several interior compartments and also an interior zipper. It comes with a strap that is adjustable to two lengths.  Typically the flap is made of calfskin material which is prone to scratches. It has also been made in Crocodile, Python, Cobra, Lizard and Pony Hair.  In 2013, a new “black on black” version was created where the closure is black versus the typical metallic hardware.  The Large Box Bag was discontinued starting in 2013. 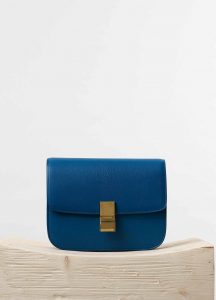 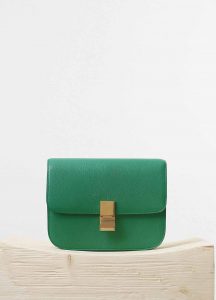 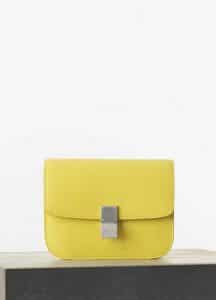 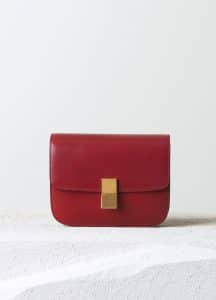 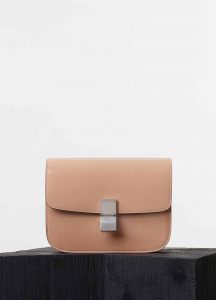 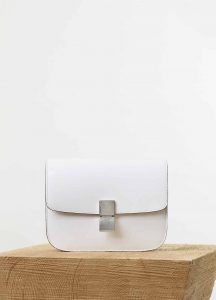 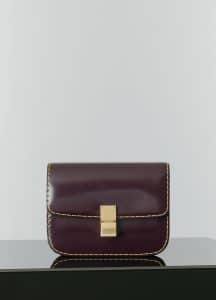 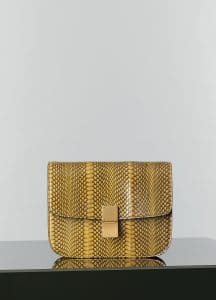 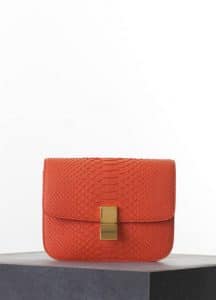 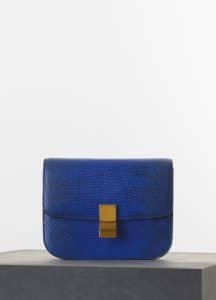 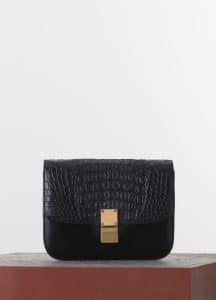