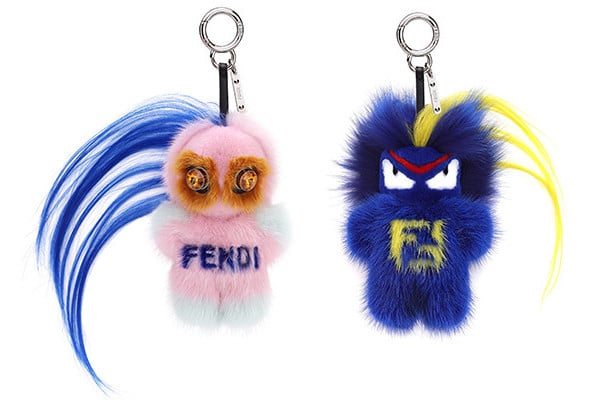 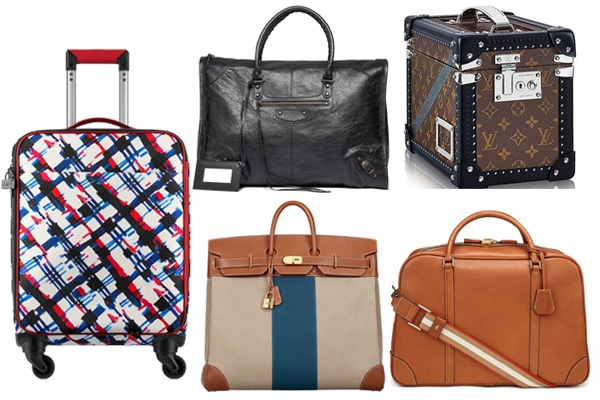 Fendi introduces their latest bag charms, the FendiRumi. FendiRumi consists of two new monsters made of mink fur with kiddasia crests and fox hair, Piro-Chan and Bug-Kun. First seen during the Fall/Winter 2016 runway show, the two appeared as mascots being guests on the show, and as bag charms on the collection’s handbags. Piro-Chan is the pink monster with yellow eyes with cystals and blue Fendi written on her body. Bug-Kun is the blue monster with yellow Fendi logo on his body, it has a similar look to the brand’s famous Bag Bugs monsters.
Fendi has taken its inspiration from Japan’s Kigurumi-mania. A combination of two Japanese words, “kiru” means to wear, while “nuigurumi” means stuffed toy. In Japan, they are performers wearing costumes during major events. FendiRumi has been a huge success following its appearances in the brand’s shows, events and store openings, which is why they were made into cute bag charms. The FendiRumi charms were made available for a limited time after the Fall/Winter 2016 show, but it will be available in Fendi boutiques this July.

Just a normal day with the most amazing #Fendirumi! Hurry up while the limited edition charm version is still available on fendi.com #grandhoteletdemilan 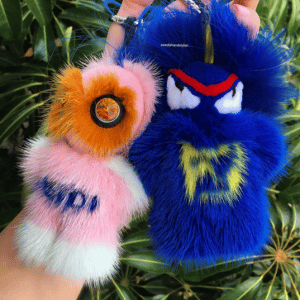 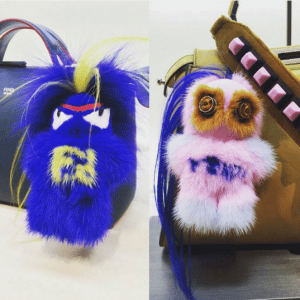 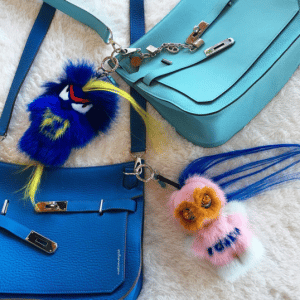 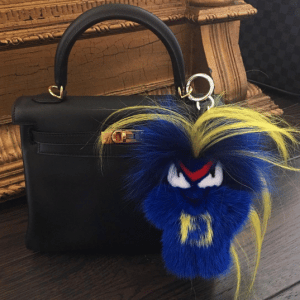 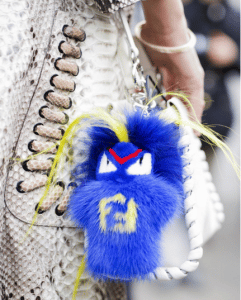 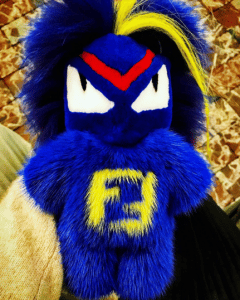 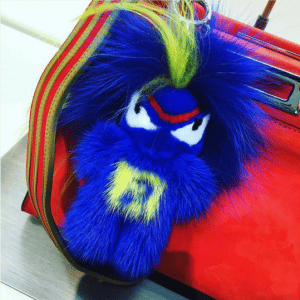 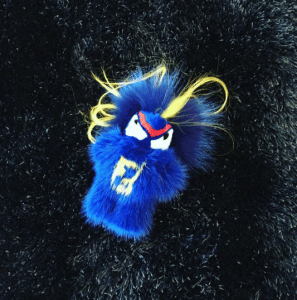 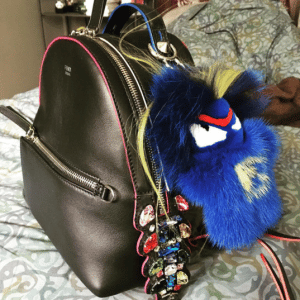 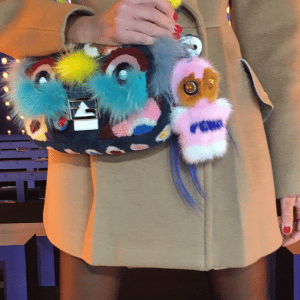 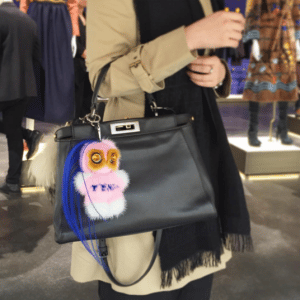 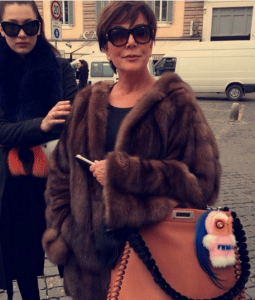 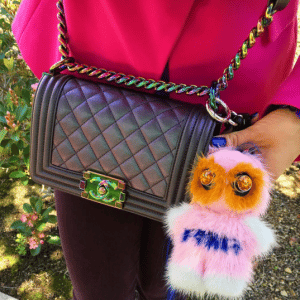 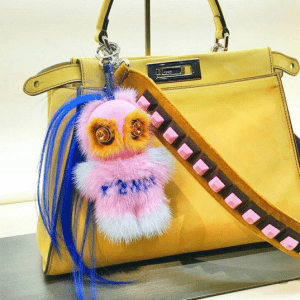 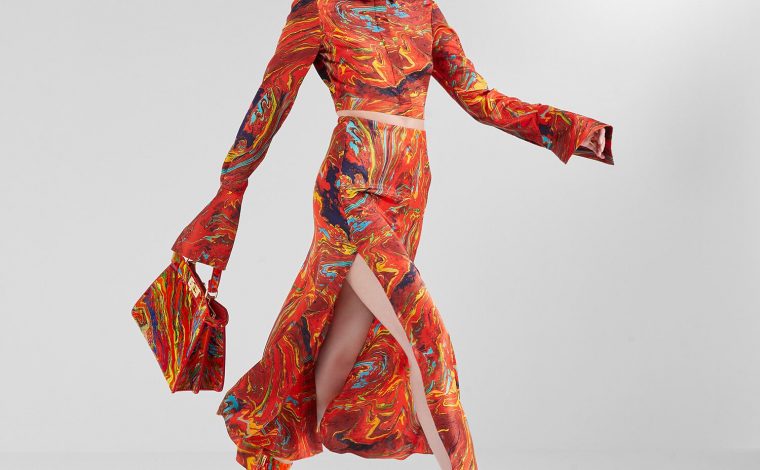 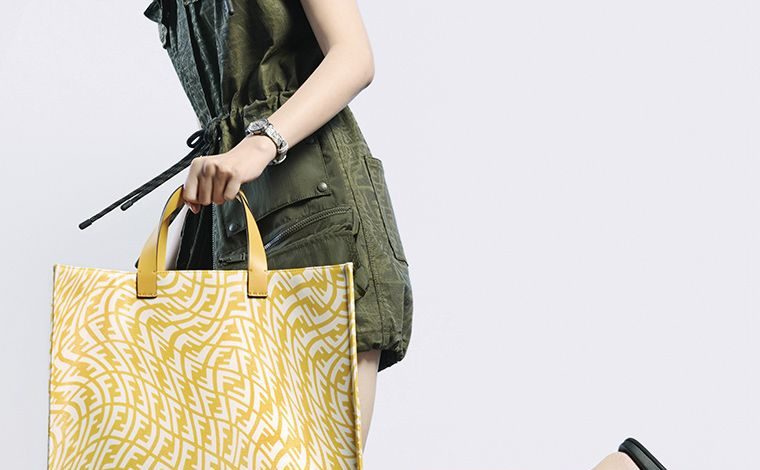 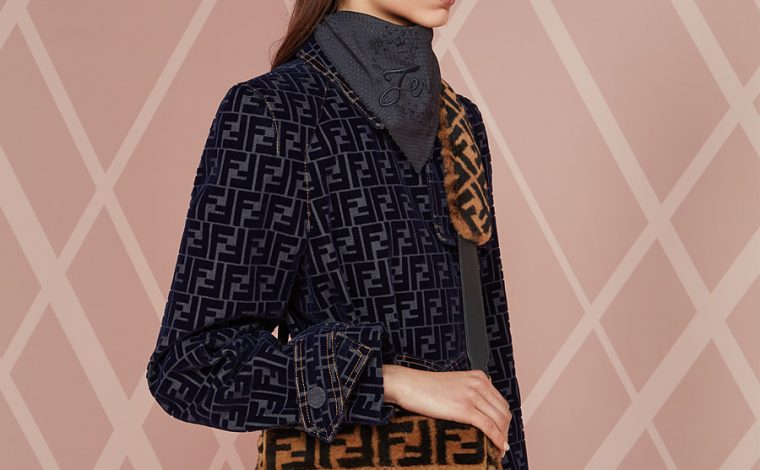