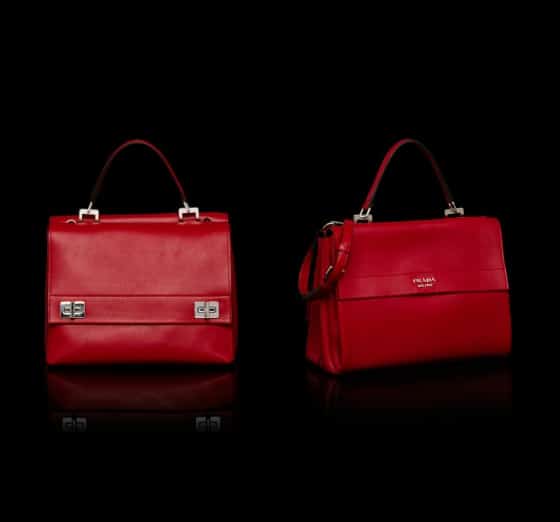 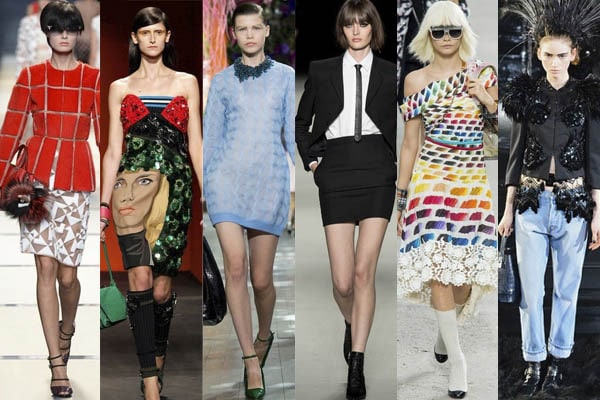 Introducing the Prada Vitello Lux Flap Tote bags from Prada’s Fall / Winter 2014 collection. The new style appears in two versions, one with a large front flap and two double flaps on opposite sides. The interior on both styles remains the same with a single divider and small interior flap. The interesting part about this bag is that the front of the bag does not have identifying markers of a typical Prada as the logo plate is located on the back of the bag. The front turnlocks do not include the signature brand logo, which is an odd way to position their current season’s newest style.
The double flap tote version is more desirable since the logo ‘Prada Milano’ is featured prominently on the back flap. The bag features a shoulder strap and a single top handle that is fastened on metal hardware making it extremely durable for everyday wear. Check-out the new styles featured in the Prada Fall / Winter 2014 ad campaign. 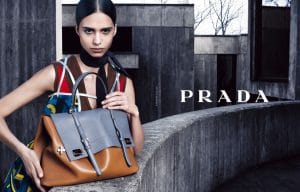 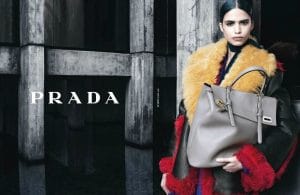 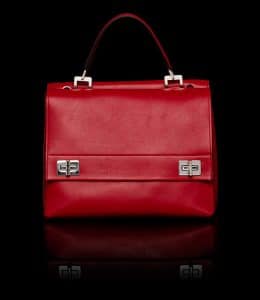 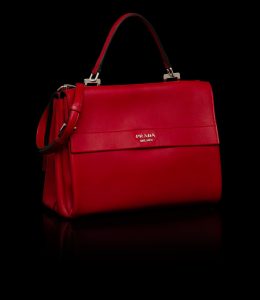 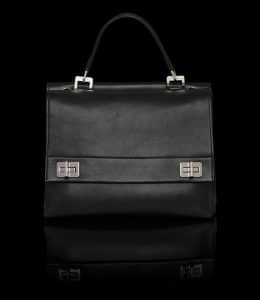 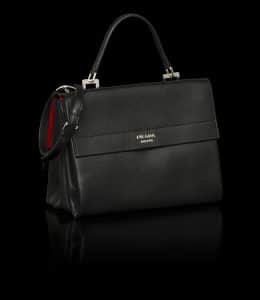 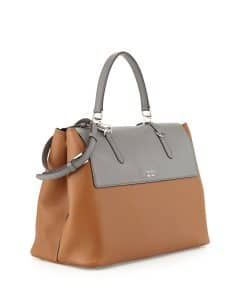 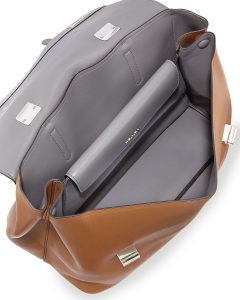 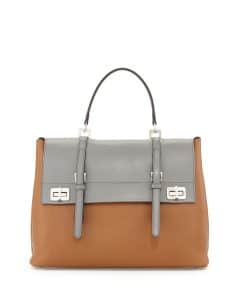 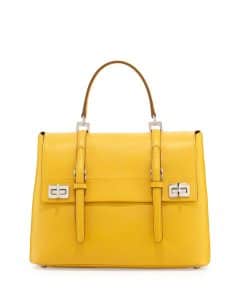 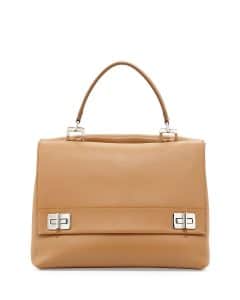 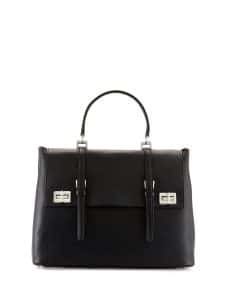 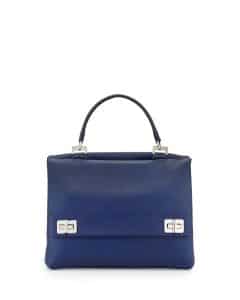 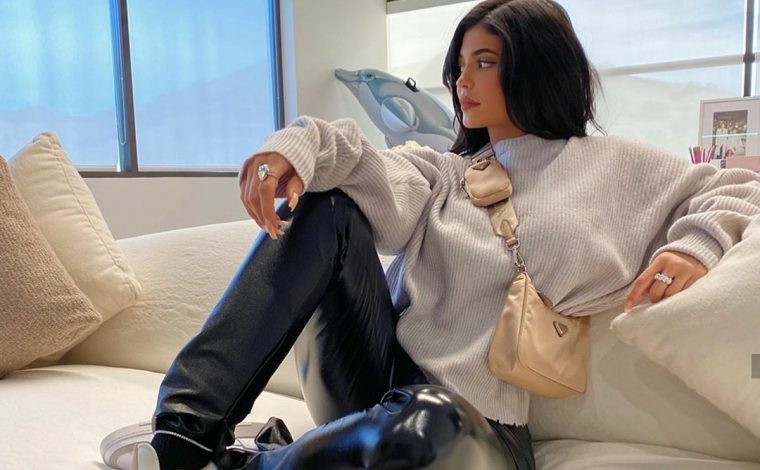 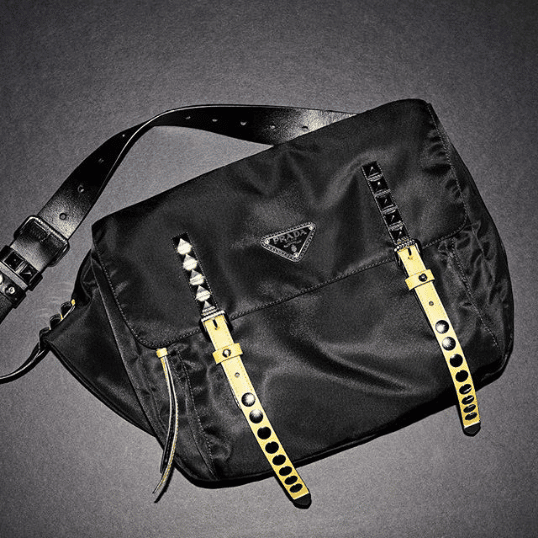 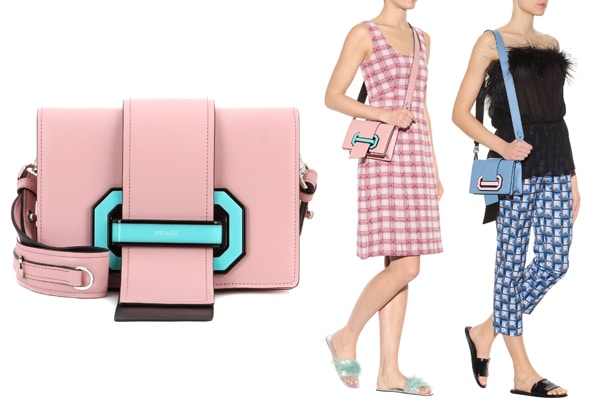