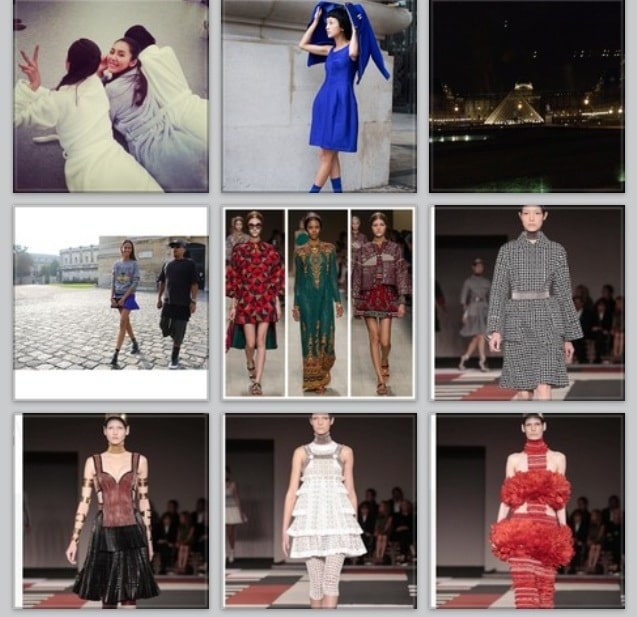 Update: November 4, 2013 Nicolas was officially named Creative Director of Louis Vuitton
Now that the helm at Louis Vuitton one of the biggest luxury brands is up for grabs there has been much speculation amongst the fashion industry that former Creative Director of Balenciaga (from 1997-2012), Nicolas Ghesquiere, will take the helm at Louis Vuitton. Who is Nicolas Ghesquiere and what can we expect from him by taking over such an established luxury brand as Louis Vuitton?
Nicolas has spent the majority of his design career working at Balenciaga at the young age of 25 when he was made the creative director in 1997. He was able to revive the label and brought it to the level it is today. When he first started the brand Balenciaga was failing under its existing management and he brought it back to life with his highly modern and coveted designs.  He has been cited as influencing a number of renowned designers as his early designs were ahead of many during his time.  The first “It Bag” was also created under his tenure as the iconic Balenciaga First bag was introduced in 2000 in flat brass, and now is a regular staple in the Balenciaga’s bag lineup.  Add to this are his numerous awards and other accolades.
Here is a look back at some of his previous campaigns for Balenciaga and some of his most iconic pieces. 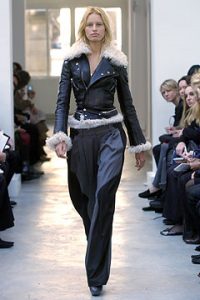 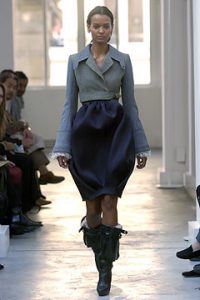 Balenciaga Spring 2006 RTW Collection – The season included the beautiful baroque printed skin tight blazers, embellished rocker t-shirts and skinny trouser combos. He also spent the better part of this season’s collection researching the founder Cristobal Balenciaga’s archives which inspired some of the billowy skirts and the ruffled collared blouses from this collection.

Balenciaga Spring 2007 RTW collection – The Robot Leggings from his Spring 2007 collection that looked like they were crafted from a sci-fi movie. The piece was available in gold and bronze, worth over $100,000.  The piece is covered in metal panels fitted to form a shiny robotic piece. This was worn by Beyonce during the 2007 BET awards. 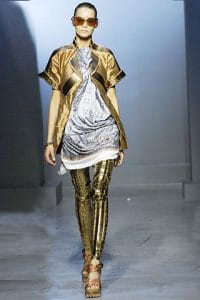 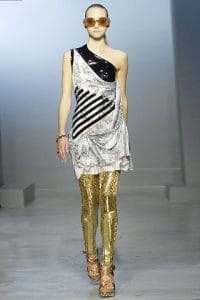 Balenciaga Spring 2008 RTW collection – The actress Jennifer Connelly stars in the Spring 2008 ad campaign.  The collection was filled with numerous floral prints and the dresses were structured with cinched waists, expressive shoulders and hippy skirts.  The gladiator shoe was also introduced in a colorful medley of criss-crossing patterns.

These are but some of the beautiful pieces created by Nicolas. Here’s hoping that they will name a successor to Louis Vuitton soon and one hopes Nicolas will be back to create again in the near future.
Picture Credit: Style.com, Balenciaga.com
Nicolas Ghesquiere