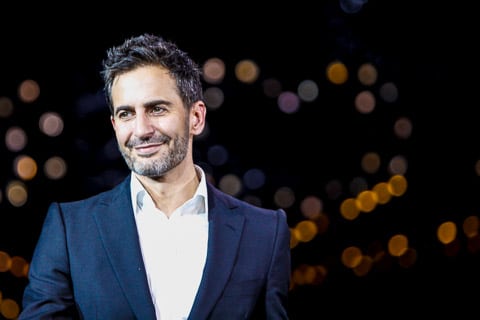 Introducing the Valentino Spring/Summer 2014 Runway Bag Collection. Fringed bags were the main highlight of this season’s collection as totes and clutches were adorned in swingy leather long tassels. The ready to wear pieces itself were a step back in time to the Byzantine empire as the capes and dresses were heavily embroidered in intricate colourful detail. The bags on the other hand didn’t appear to follow the same patterns but were equally decadent in their simplicity.
Handbags were made in dyed leather or crocodile and included large gold adornments. The must have pieces included a small handbag with short strap in emerald green crocodile with a large gold piece as a closure. The studded bags which Valentino has been known for were also included; however appeared as flat rounded gold studs. 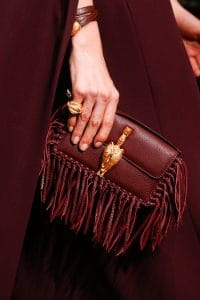 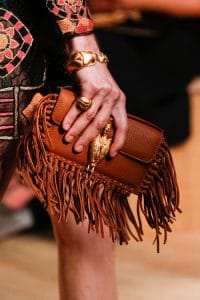 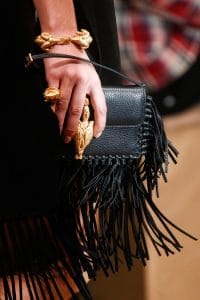 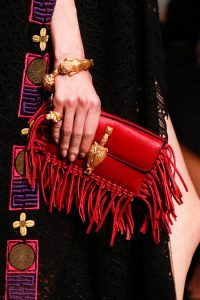 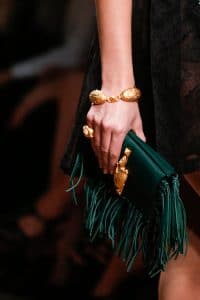 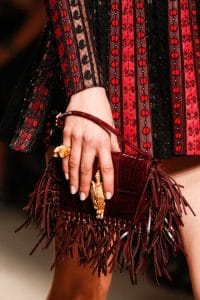 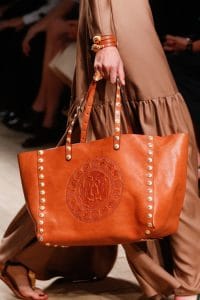 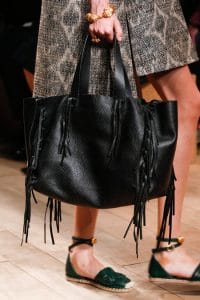 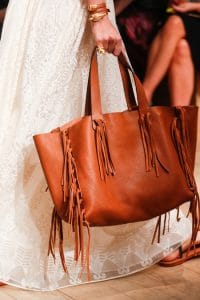 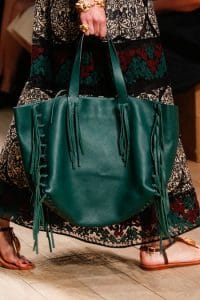 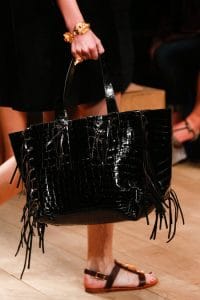 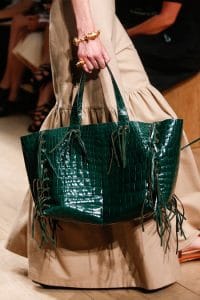 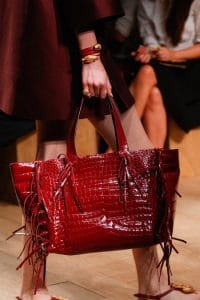 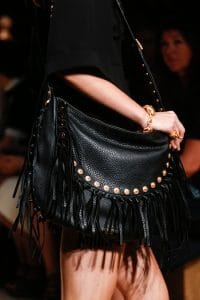 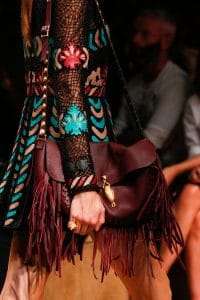 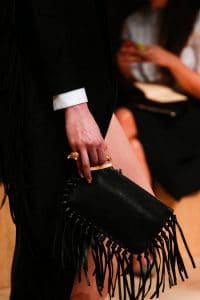 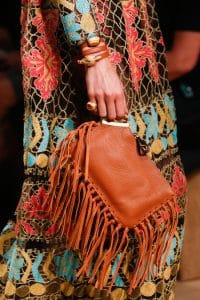 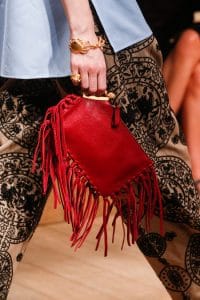 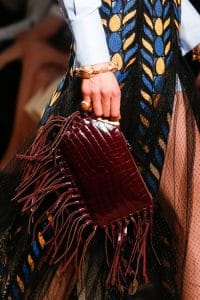 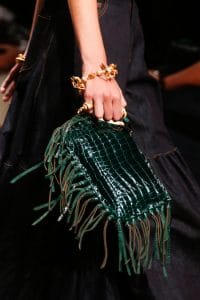 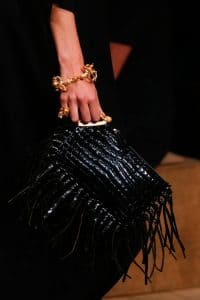 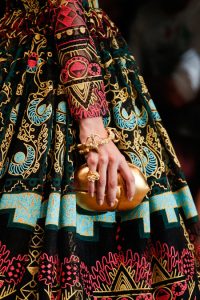 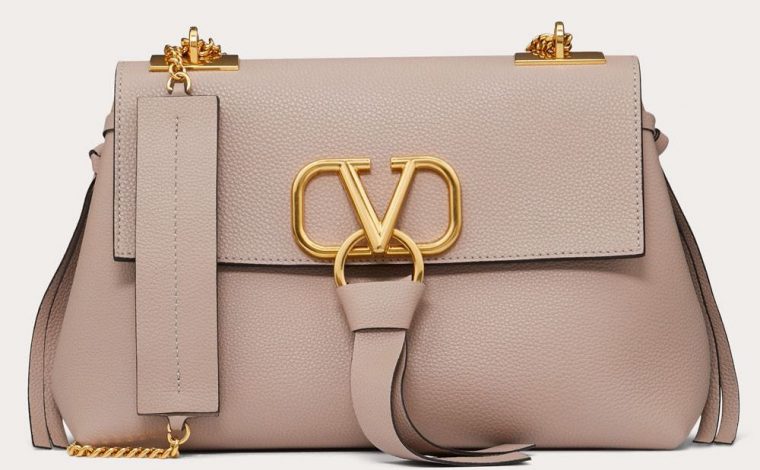 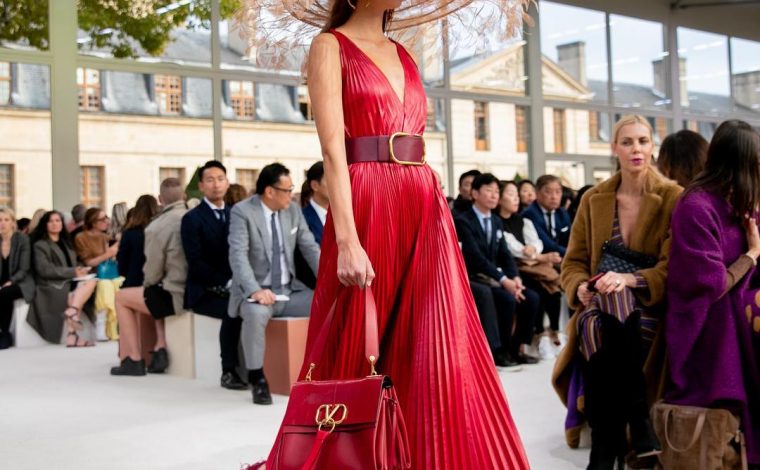 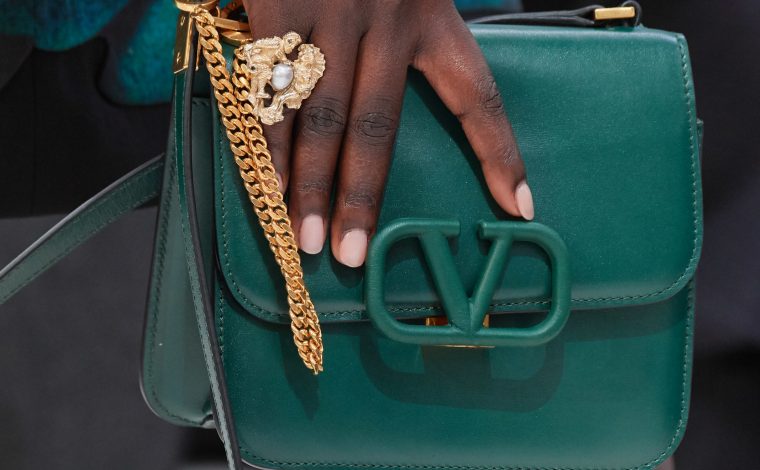